Samuel Umtiti was forced to confront angry Barcelona supporters on Wednesday after one fan climbed on his car as he tried to leave training.

Umtiti was attempting to drive out of the club’s training ground when five fans stood in the road, jumping around and chanting.

He sounded his horn in a bid to get them to move but one fan then decided to jump on the bonnet of the Frenchman’s car to leave him furious.

Umtiti put his foot on the accelerator to give the supporters a fright before speeding off 100 metres up the road. 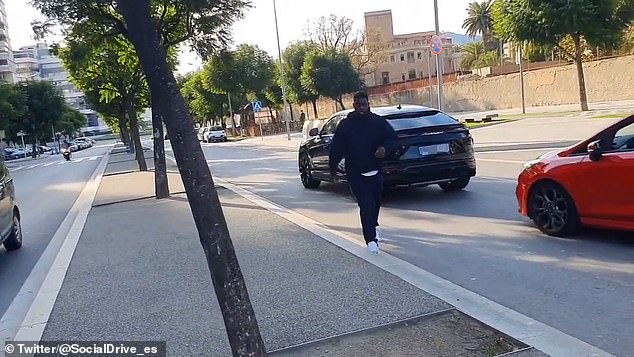 The 2018 World Cup winner, who has been frozen out at Barcelona and has not featured in a single match so far this season, was so angry at the treatment by the fans that he pulled over and got out to confront them.

Fans filming the entire episode caught Umtiti striding towards the handful of fans that had stood in front of his car.

Umtiti was heard saying: ‘Come here. Do you pay for the car? Why do you mess around? Do you know what respect is?’

While he demands answers from the supporters, others nearby ask him to sign their Barcelona shirts and pose for selfies. 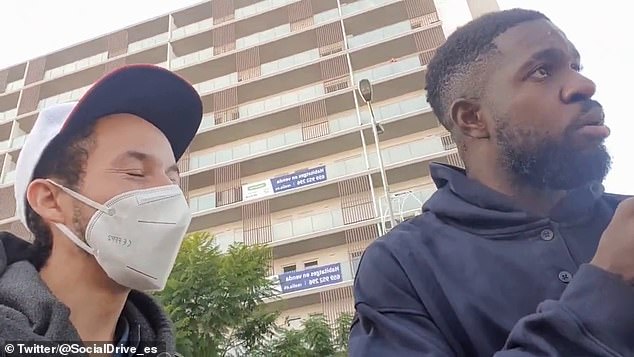 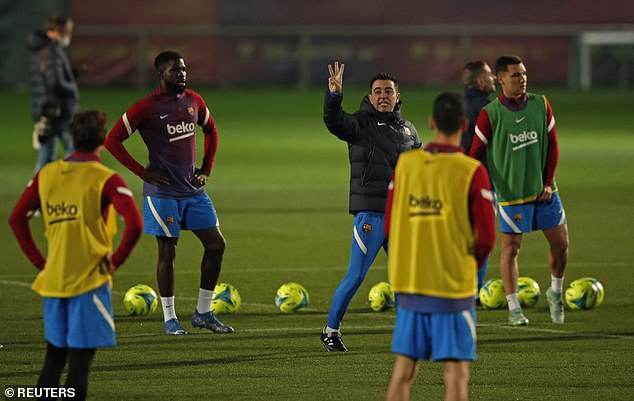 Umtiti (back, left) has been training but has not played a single Barcelona game this season

Umtiti is then followed back to his car before footage cuts and it is the latest moment of frustration for a player that has become an outcast at the Nou Camp.

Despite his contract running until 2023, Umtiti, who won the World Cup with France in 2018, appears to have no future with Barcelona.

Barcelona offered to allow Umtiti, who joined the club from Lyon in 2016, to rip his contract up and leave for nothing in the summer – an offer he rejected.

In desperate need of freeing up funds to ease their financial crisis, Barcelona attempted to shift him out of the club but he dug in to stay and fans jeered him in pre-season as a result.

Ronald Koeman exiled Umtiti from the side and there has not been an olive branch extended to Umtiti yet from Koeman’s successor, Xavi Hernandez.

Umtiti is not the only player or manager in Spain to have his car hounded by disgruntled supporters. 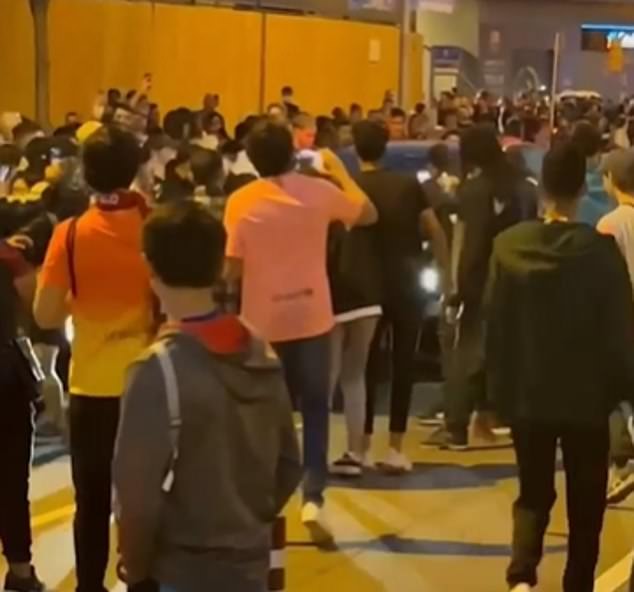 Prior to his sacking in October, Koeman’s car was mobbed by angry fans as he attempted to drive home following a 2-1 loss to Real Madrid in El Clasico.

Koeman was fighting to save his job but the scenes turned unsavoury as a horde of fans blocked his car.

Some supporters were seen banging on his bonnet and hurling insults before he pulled away from the crowd.

The Dutchman later questioned the incident, saying the dangerous behaviour stems from a ‘social’ issue.

‘I don’t think there is a solution,’ Koeman said. ‘For me, it’s a social problem. They are Cules, or people, that have education problems.

‘They don’t know what the norms are, the values. The environment in the ground, until 2-0, was the opposite. You don’t have to take notice of these people.’

On the other side of the Clasico divide, Real Madrid fans accosted Welshman Gareth Bale as he tried to drive out of training last month. 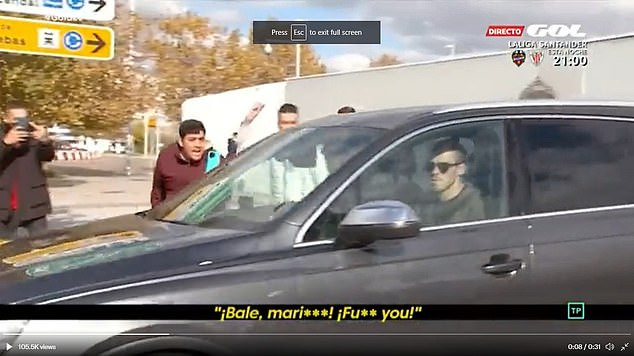 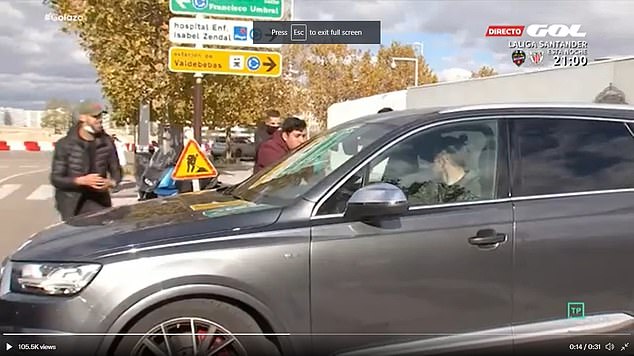 The winger was exiting Valdebebas when the supporters confronted him, yelling abusive chants and appearing to throw a pen at his car.

Bale glared at the perpetrator through his window before driving off with their insults ringing in his ears.

The video, released on social media, shows the group telling Bale where to go, and using the Spanish insult ‘Maricon!’, which is a homophobic slur.

One fan then seems to throw something at his car, striking his window, which causes Bale, wearing sunglasses, to stop driving and stare at the fans, who continue to gesture outside his window.

As Bale then drives off in his black Audi, the group resume their insults again.