Georginio Wijnaldum is willing to return to the Premier League on loan in January, if PSG sanction a temporary deal.

The former Liverpool midfielder has struggled to make the impact he wanted in the French capital having joined as a free agent.

And he has admitted publicly that he is not happy, telling Dutch outlet NOS: ‘I can’t say I’m completely happy, because the situation is not what I wanted.

‘But that’s football and I’ll have to learn to deal with that. I’m a fighter. I have to stay positive and work hard to turn it around.

‘I have played a lot in recent years, was always fit and also did very well. This is something different and that takes getting used to.

‘I was really looking forward to the new step and then this happens. It is very difficult.’

As it stands, PSG are not understood to be willing to let Wijnaldum leave next month even though he is open to a move, according to Sky Sports. 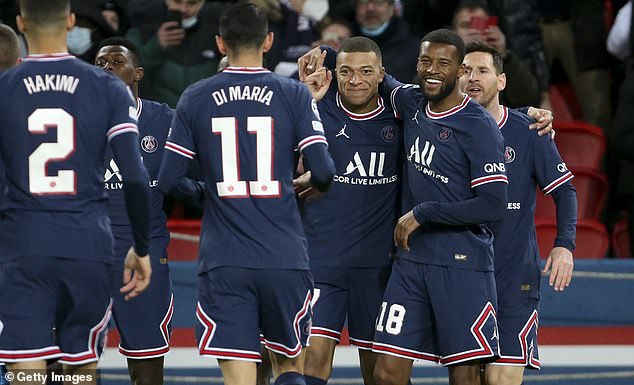 Arsenal are understood to be one of the clubs holding an interest in the midfielder.

Wijnaldum was an integral player for Liverpool in recent years and Jurgen Klopp wanted to keep the 31-year-old last summer.

His move to pastures new has not paid off so far and given his vocal discontent with life under Mauricio Pochettino, he is willing to return to the Premier League in a bid for more game time.

He remains a key player for the Dutch national team and was one of the standout stars during the Euros. 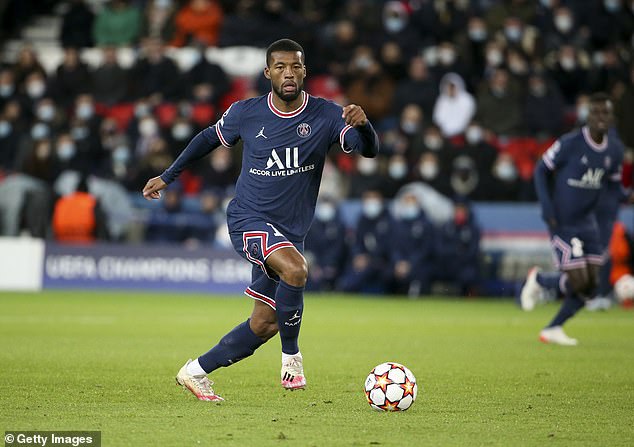